Most business owners will have to think about their impact on the planet at some point. Around the world, governments are introducing fines for those who don’t reduce their carbon footprint. However, there are a lot of myths and misconceptions relating to the entire subject. So, we’re going to set the record straight this morning by providing some truthful information. There are a lot of people out there who don’t want the world to go green. Most of them have interests in the fossil fuel world. With that in mind, it’s important that we all promote the most accurate information. Propaganda will simply hold things up and ensure we damage the planet even more.

Lots of people say that converting to green energy is an expensive process. However, that couldn’t be further from the truth. While you need to make an initial investment, it should pay for itself very quickly. Installing solar panels on the roof of your premises could mean you make more energy than you use. That would result in your company receiving a cheque from the power firms at the end of the year. Not only is green energy cheap, but it could also help you to create income.

Myth 2: Green Energy Is Something For The Future

Believe it or not, green energy solutions have been available in this country for more than ten years. Lots of people think the technology has not yet been perfected. However, that is not the case. Alternative energy sources are readily available for those who care about the planet. They are no longer a thing of science fiction. Indeed, everyone could make the switch right now if they felt the need.

Myth 3: Green Energy Only Works During The Day

There is a misconception that green energy is useless at night. For some reason, people think that solar panels will only create power during the daytime. That is no true. Whether you’re running computers or warehouse heating solutions, green energy is the solution 24/7. That is because your solar panels will feed back into the grid. You don’t use the energy they create; you simply replenish the stock. 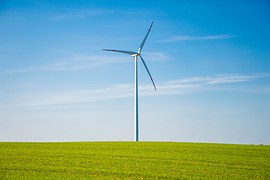 We’ve seen some silly mistruths online, but this one has to be the strangest. Some people think that green energy is bad for the environment. They use the fact that birds and bats can become harmed by wind farms as their argument. Anyone with a bit of sense can tell the pros far outweigh the cons. It’s sad that wind farms can hurt flying animals. However, that’s nothing compared to the damage caused by oil rigs.

Now the myths have been busted; you have no excuse for avoiding green energy. At the end of the day, we all need to protect our planet. Otherwise, our children will grow up in a dangerous and ugly world. It doesn’t take a lot of effort to get on board, and you can even save money by doing so. Make sure you look at the opportunities for your business to go green during the next few months.