Flick through a magazine, turn on a television or even just walk past a billboard on your way to work and you’re bound to be confronted by one of the many health concerns of the 21st century; smoking, drinking, germs. One of the ailments you’re unlikely to see, however, is low blood oxygen levels.

Oxygen is something most of us take for granted, mainly because we presume that the natural process of breathing provides us with all the oxygen we need. However, many people suffer from low blood oxygen and may not even realise it. 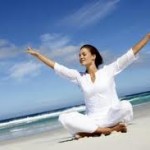 There is a difference between being able to breath and being able to breathe well. Poor breathing is just one of the factors that contribute to a lack of oxygen in the body, the effects of which can range from minor complaints such as headaches to serious health issues like memory loss. Other factors include poor air quality – a particularly pertinent problem in inner city environments – and a lack of exercise.

Low blood oxygen, as previously stated, has a number of ill-effects on the body which can affect your social and professional life. Headaches, fatigue and an inability to concentrate can affect your mood as well as your productivity levels, as well as increasing your stress levels. A surprisingly large number of people suffer from hypoxia (the medical term for low oxygen levels), albeit to different extents.

How Do You Measure Oxygen Levels?

By far the easiest way to measure your blood oxygen levels is to use a pulse oximeter. Pulse oximeters attach to the end of your finger and take a measurement of oxygen saturation of haemoglobin in the blood, as well as your heart rate.

An oximeter can give an accurate reading of your current oxygen levels – anything reading below 88% is cause for concern and should be taken up with your doctor. A ‘normal’ oxygen level is generally accepted as being between 92-100%.

How Can You Improve Your Oxygen Levels?

Breathing is natural, which is why so many of us pay so little attention to it. By paying more attention to the way you breathe, however, you can improve your health and wellbeing dramatically. ‘Shallow breathing’ is one breathing issue that is relatively common; breathing using the chest rather than the diaphragm limits the amount of oxygen your body receives.

Learning good breathing techniques, such as those practised in yoga, is the first step to better breathing. It’s also a good idea to address your posture; bad posture goes hand in hand with bad breathing.

The connection between what you eat and the level of oxygen your body receives doesn’t seem immediately obvious, but a nutrition-deficient diet can affect your oxygen levels. Doctors recommend eating plenty of complex carbohydrate foods such as whole grain, fruit and vegetables; complex carbohydrates help improve the transportation of oxygen to blood cells.

Additionally, foods rich in antioxidants and vitamins will also improve the manner in which your body uses oxygen and improve your oxygen levels. Some foods commonly associated with antioxidants include blueberries, strawberries and tomatoes while green tea is also known for its antioxidant properties. 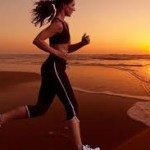 It’s a fact that a good deal of us don’t get enough exercise, either due to laziness or just not having enough hours in the day. However, exercise is vital for getting your body the oxygen it needs. Whether walking, running or swimming, physical exertion burns oxygen; this process triggers a response from the brain to increase oxygen levels in order to replace lost O2.  In turn, this increases the amount of oxygen getting to your blood cells.
There are a couple of other steps you can take to maximise the oxygen benefits of your daily workout. If you go jogging, try jogging in a park or rural area rather than a polluted city centre, as inhaling polluted air will affect how much oxygen you are receiving. For gym workouts, keep an eye out for fitness centres that have an oxygen generator; these machines increase the level of oxygen in the air, allowing you to work out for longer as well as improving your post-workout recovery.

In the day of junk food, video games and the internet, the amount of people suffering from low blood oxygen levels is increasing. As demonstrated in this article, however, the process of improving your blood oxygen levels isn’t particularly difficult – in fact, it only takes a few small lifestyle changes!