What Happens When You Quit Smoking 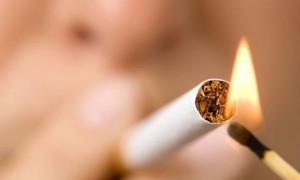 Quitting smoking is no mean feat.

Thank the gods of health then that the modern times have given us a whole arsenal of weapons to beat the habit. From nicotine patches and hypnotherapy, to helplines and going cold turkey, you’ll always find someone advocating a particular system that’ll lead to a smoke-free life.

But rather than focusing on how to quit smoking, why not think about the health benefits it can bring? Knowing how much better off you’ll be health-wise can often be the deciding factor in giving us that added boost we need to call time on smoking.

So how long does it take for quitting smoking to affect your body? Well, thankfully, the benefits start pretty quickly and increase the longer you go without.

The nicotine in tobacco increases adrenaline production which in turn raises the blood pressure and heart rate. 20 minutes after taking your last puff, your blood pressure, body temperature and pulse rate will all return to their normal level.

The halitosis that smoking causes disappears after 8 hours and the levels of nicotine and harmful carbon monoxide in your blood drop by half. The oxygen levels return to normal, leaving you feeling less fatigued.

Carbon monoxide is eliminated from the body and your lungs start to get rid of mucus and other smoking debris.

Your nerve endings start to recover which leads to an improvement in your ability to taste and smell.

Breathing becomes much easier and you might be able to climb the stairs or jog without wheezing. Cravings will start soon after quitting and can last for weeks, even months but will gradually subside. If you need a smoke-free delivery of nicotine to get you through the day, you can always try and e-cigarette from places such asTABlites Manchester.

Your circulation gradually improves. Though most people associate cancer and lung disease with smoking-related deaths, in fact circulatory diseases like heart attacks and diseases are much more likely to kill you.

Over this time lung function can increase by up to 10% and coughs, wheezing and breathing problems become less prominent.

Your risk of heart attacks falls to half of that of a smoker.

Your risk of heart attack falls to the same level as someone who has never smoked. Your risk of lung cancer falls to half that of a smoker.

During this whole process of quitting, you can also start to reverse the damage that smoking has done.

First, load up on Taurine to get your circulation back in order. According to the British Heart Foundation it is the single best amino acid to reverse the narrowing of arteries caused by smoking.

Next, you can modify your diet to improve lung function. Eat food high in polyphenols which repair small cluster cells like those found in the alveoli and bronchioles in the lungs. These are abundant in many foodstuffs from dark chocolate and chestnuts, to pomegranate juice and coffee. Herbs and spices like cloves, peppermint, and star anise are among the highest ranked in the polyphenol charts.

Lastly, combat the damage smoking does to the collagen and elastin in your skin by taking the phytonutrient, proanthocyanidin.

For a more visual way of looking at the benefits, check out thisHuffington Post infographic based on information from the University of Standford’s website.