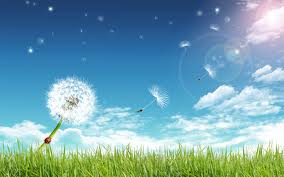 Having worked for the NHS for many years it never ceased to amaze me how many people, particularly those with health condition’s are prepared to put their lives at risk by smoking.  It is not just patients however, I have worked in clinical areas such as cardiac and stroke rehabilitation where nursing staff and other members of the multidisciplinary team are permanently on count down for their next cigarette break.  I particularly remember a placement on a respiratory ward many years ago.  The majority of patients had a diagnosis of COPD  (chronic obstructive pulmonary disease) and either smoked or had a history of smoking.  Most were on home oxygen and were very physically limited in daily life due to shortness of breath.  I could not understand how someone who didn’t even have the energy to walk to their garden gate without oxygen could still want to put a cigarette to their mouth, but maybe that’s just me!  However, the thing that got me most was that the over weight nursing sister on the ward permanently smelt of nicotine, had yellow fingers and regularly disappeared for her fix.  I think that her being able to run that ward was totally morally wrong.  In the same environment, health promoting respiratory nurses were working with therapists such as myself and smoking cessation services to improve the lifestyle choices of these patients. Surely as a professional working in this environment you have a responsibility to lead by example, but apparently not.  A definite flaw in the system.

Professionally and personally I am always interested in smoking cessation options and have regularly referred patients to cessation services in Liverpool.  There has been a particular surge in interest in E-cigarettes over the last few years.  If you are considering smoking E cigarettes or any other method of smoking cessation it is advisable to discuss with your GP first.   I was however keen to know that tobacco based products such as cigarettes and cigars contain up to 4000 chemicals including tar, arsenic and carbon monoxide whereas E-cigarettes don’t.  Got to be a bonus!  A further plus to me, in products such as Vapourlites is that the vapour is odourless and dissipates in seconds, therefore it doesn’t give you ‘smokers breath’ or leave your hands and clothes smelling of cigarettes.  This must be appealing, particularly to non smoking family members and colleagues of smokers.