Most of us now take for granted that there is a good chance we will live to a ripe old age. This was not always the case, but due to improved nutrition, better living conditions and some incredible medical breakthroughs over the years our life expectancy is better than ever.

1. Living without a heart 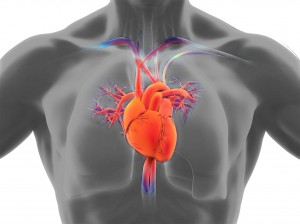 The heart is the organ that most of us ‘know’ that we simply can’t live without, but even here medicine has made an amazing breakthrough in the case of a teenage girl from South Carolina.

Aged just fourteen; D’Zhana Simmonds was suffering from a disease called dilated cardiomyopathy which, due to the heart being in a highly weakened state, meant that her blood was not being efficiently pumped around her body.

Following a failed heart transplant, it was decided to fit two pumps as an alternative whilst a new donor was sought. This took longer than expected and it wasn’t until 118 days later that a new heart became available and was transplanted into her.

For just over three months though D’Zhana Simmonds had lived without a heart at all!

2. Awaking from a Coma

It can be notoriously difficult and potentially a dangerous process to arouse patients from deep comas.

In this unusual case though, a breakthrough was made purely by accident when a long term coma patient began twitching whilst still in the coma. The twitching was diagnosed as being due to discomfort, and a sleeping pill, zolpidem, was administered.

Just half an hour later though, the medical staff got a surprise when the patient began to vocalise sounds for the first time in five years. Research has since shown that administering this drug seems to reawaken a part of the brain that is otherwise considered to be asleep and whilst the full benefits of this research are not yet known, this is an incredible breakthrough in a notoriously difficult area. 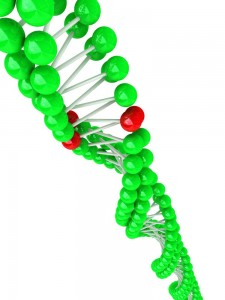 Genetic analysis is likely to play a huge part in the prevention and treatment of medical conditions in the future but, up until recently, has been a slow and laborious process. The next generation of DNA sequencing machines were brought about by the Human Genome Project and are able to analyse DNA in a much shorter period of time. It is hoped that this new technology will lead to breakthroughs in the treatment of life threatening conditions like Cancer.

It sounds like science fiction but a robots are becoming indispensable tools for surgeons, in May 2006 the first unassisted robotic surgery was carried out on a patient in Florida. The patient who was suffering with a heart condition experienced surgical results that were graded as better than those an above average surgeon could hope to achieve.

Being blind can be caused by a number of factors including not only damage to the eye itself but to the nerves and parts of the brain that control sight. A potential breakthrough though has been shown in a device which works in a similar way to a digital camera, creating an image and transforming that information into a digital signal that is then sent along the optic nerve. This technology currently only allows its user to detect light and make out the outlines of objects. It’s a long way from the visor worn by Geordi La Forge in Star Trek, but maybe with continued development this technology could one day be comparable.

Having become paralyzed from the neck down, Jane Scheuermann was unable to perform even the most menial task. By implanting two sensors into her motor cortex, doctors were able to utilise the electronic impulses of her brain to allow her to control a robotic arm. After a few weeks, she had learned how to control a robotic arm and was able to pick up items and put them down elsewhere. Jane is now even able to feed herself, far exceeding the expectations of the medical team.

Traditional CPR has long been used to preserve brain function whilst doctors work to fix the underlying cause, restore normal breathing and blood circulation. With a success rate of around sixteen percent, the odds are definitely not stacked in your favour, but British Doctor Sam Parnia has made death defying breakthroughs in this area. Dr Parnia’s techniques mean that his patients have over twice the standard odds of cheating death. Through a combination of strategies including cooling the body to preverse brain cells, and using ECMO to oxygenate the blood, Dr Parnia has successfully resuscitated patients over three hours after death with no significant neurological deterioration. 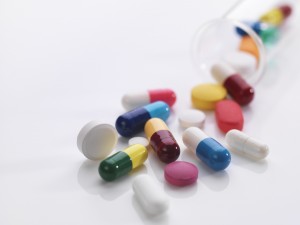 HIV and Aids is a huge killer across the planet and, when the disease was first discovered, infection was an almost inevitable death sentence. However thanks to the development of HAART (Highly active antiretroviral therapy) this is no longer the case.

Although HAART does not ‘cure’ AIDs and HIV, it does allow them to be managed and for the patient to live a relatively normal life; and, who knows, this extended life may yet enable them to live long enough for a full cure to be discovered.

Cancer is one of the biggest medical problems facing Western society today. The very words strike fear in our hearts and, although treatments are now more effective, they are not the final word. Genetics though are offering a breakthrough in cancer treatment and when cancer researcher Dr Lukas Wartman developed a form of cancer, his colleagues stepped up their game to help him with their research.

By using a supercomputer, they attempted to analyse the gene that might be causing the disease. Through this method, the gene was identified and a drug, already in use in other areas of medicine, was used to shut down the gene. Through this treatment Dr Wartman’s cancer went into remission and, whilst this is by no means the ‘cure for cancer’ that many hope to discover, it could well point to a new direction in cancer treatment.

India is, as we know, an incredibly large country where many of its population live in rural areas, a long way from sanitation and medical care. Polio has been rife in many of these areas for many years and was a major health problem. Thanks to the Global Polio Eradication project though, this has now been eradicated entirely.

Despite the success though, the plan took longer than expected to work due to a mistrust by many Indians living in rural areas of the vaccine being a family planning initiative on the quiet. By creating the largest ever health education programme though and distributing medical workers armed with the vaccine into these areas, the battle has finally been won – an incredible victory indeed!

About the author: This article was written by Nick Davison for Covance CRU Leeds, Nick writes about medical technology, rainforest conservation, and the development of new medical treatments.