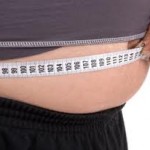 Brit’s are getting fatter!

Last night’s documentary gave an insightful look into what has happened in the food industry over the last 30 years (my life time) to contribute to the obesity problems of today.  According to presenter Jacques Peretti two thirds of British adults are overweight and one in four is classified as obese.  More people in the world are over-nourished than under-nourished.  Crazy statistics! How did this happen?

Petteri made his first link between over-production and over-consumption, holding Earl Butz (Secretary of Agriculture under President Nixon) responsible. Butz was instrumental in the industrialisation of farming in America, ensuring that surplus corn was used in the production of high-fructose corn syrup (HFCS), a very profitable commodity used as a cheap sweetener in everything from cake to coca cola.  The sweeter we make it, the more people will buy! 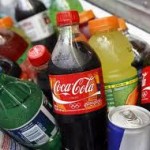 The issue with fructose however is that it suppresses the hormone leptin which carries the “you are full now, stop eating” message to the brain. Surplus sugar is also turned into fat in the body if not burnt off.

American nutritionist Ancel Keys then came up with the theory that dietary fat was the most destructive part of the diet. Food producers across the globe then focussed their efforts on producing low fat food, which ultimately contained more sugar.  Along with this came the rise of convenience food and the snack, again loaded with corn syrup.  An advertiser’s dream!

Low fat options (as a broad statement) obviously haven’t made too much difference to the Nation as the average Brit has gained 3 stones since the 60’s.  Sugar and fructose play a key part in this, whichever way you look at it.

Presenter Jacques Peretti underwent an MRI scan as part of the documentary to examine the levels of fat within his body.  Relatively slim on the outside his subcutaneous (skin) fat levels were expectedly low, however the internal fat levels were higher than expected for a man of his age and size.  Jacques had 4 litres of fat being pumped around his internal organs – almost double what it should have been!  What you see on the outside can sometimes be deceptive and does not always indicate how healthy we are on the inside. 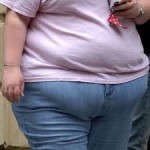 The main issue that I had with the program was that it didn’t attribute any responsibility to individuals for their own obesity issues and lifestyle choices.   Surely if it was the sole fault of certain politicians and the food industry then we would all be obese?  Also a lot of focus was placed on sugar/fructose being responsible for the obesity crisis as opposed to fats. Does it really matter where these calories come from?  It is the overall calorific intake and poor balance with calorific expenditure that makes people fat.  My Nana would also make an interesting point here.  Life has been made a lot easier since the 1970s with the increase in use of technology- microwaves, mobile phones, DVD players, computers, laptops, internet, remote controls. Maybe it is not only the food industry that is at fault.