Over the past ten years, 3D printing has taken the world by storm. This breakthrough technology has been developed into several revolutionary applications in fields as different from each other as industrial design, construction, and fashion. But one of the most promising applications of 3D printing involves the medical field. Printed prosthetics have been successfully used in a variety of complex surgical interventions all over the world and have been hailed as truly life-changing technological solutions. In this article we take a look at the top five most innovative medical applications for 3D printing. 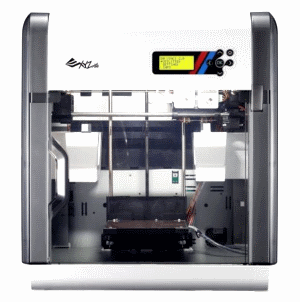 In the United Kingdom, 3D printing technology was first used in hip replacement surgery in May 2014. Surgeons at Southampton General Hospital successfully implanted a bespoke powdered titanium hip joint that had been created using a 3D printer. CT scans were sent to a custom orthopedics company in Belgium, which used them to create a bespoke implant that proved to be a success. The patient had had several hip replacements done, which had severely limited her mobility. Following the 3D hip replacement, the patient was finally able to walk without needing crutches or walking sticks.

A Turkish industrial design student made headlines in May 2014 after creating a 3D printed cast that can help heal broken limbs faster than traditional plaster solutions. The 3D cast incorporates an attachable bone stimulator that generates ultrasonic vibrations. These vibrations can speed up the fracture healing process by up to 80 per cent. Other benefits of this groundbreaking 3D printed medical device include a custom fit that allows better freedom of movement and lightweight and non-degradable properties.

The field of prosthetics can greatly benefit from the technological advances brought about by 3D printing. There are millions of amputees all over the world whose lives can be fully transformed after being fitted with a prosthetic implant. Traditionally, this kind of surgery was considered an expensive and time-consuming solution that had many risks (infection, rejection, etc.). By contrast, 3D printed prosthetics are cost-effective and can vastly improve mobility and functionality. A 3D printed prosthetic hand can be created for just $50 (just over £30), which is a huge improvement when compared to the cost of commercial prosthetic hands, which can cost as much as $50,000 (£33,000).

3D printed organ models are increasingly being used to assist surgeons in complex and critical surgical procedures, which in many cases are life saving. In October 2014, heart surgeons at a New York hospital performed a revolutionary operation on a 2-week old newborn whose heart was seriously damaged. The surgeons used a 3D printed model of the baby’s heart to explore and define the best course of action, and in doing so they were able to repair the malformations with just one operation. In the UK, CT scans have been used to create 3D printed heart replicas that may be used to improve the standards and the results of specialised medical training.

Exoskeletons (which are also known as ‘wearable robots’ or ‘bionic suits’) are most than a common science fiction device. 3D printing has revolutionised the world of bionics by creating cost-effective exoskeleton models that can help patients affected by strokes or spinal cord injury regain mobility and transform their lives. In February 2014, a former skier who had been wheelchair-bound for 22 years was able to walk again after being fitted with a complex 3D printed exoskeleton that was created using multiple body scans and a detailed layer-by-layer reconstruction of the joints, muscles, and tissues affected.

About the Author: This article was written by Nick Davison for Covance, a global leader in clinical research and medical trials.